Trending Now
Photographer Yuriko Nakao’s perspective on Significance
Significant 70th and blessed 90th
It was never normal
A Centre for Hope
Three things to ponder on the 150th Anniversary...
The story of a Bocuse d’Or Sri Lanka...
The Spirit of Christmas
The Soul of the Leaf
The 21st Century ritual of High Tea
Tea Indulgence, the past, present and future
A man walks into a bar and ….
Friendship in a teacup
Natural. Magical. Uva 2011 Seasonal Flush.
The Soul of the Herb
A really great day in Kiran
Peace or the postponement of conflict
EthicsTea

Someone’s got their hands in our crop

Decades ago it was smoke and mirrors that were used to create illusions. Today’s illusionists are a little more sophisticated – they use brands, certificates, and a lot of money – they have after all, much more to gain than J. N. Maskelyne or Harry Houdini.

The illusion I talk of is a strange one; it is the appearance by some companies and brands, of being good, in order to secure the patronage of their customers. Strange because you would expect goodness to be assured. Not so, said Milton Friedman in his often quoted but deeply flawed insistence that the business of business is business. Belief in Nobel prize winning Friedman’s economic views, which are nicely summarised in his supposedly defining article in the New York Times, The Milton Friedman’s ‘Social Responsibility of Business is to Increase its Profits’, have combined with the dictates of the Stock Exchange to make big business what it is today.

Enron and ensuing scandals, some panning out even today, show the evil in that combination and suggest in a very definite way, that the fundamentally subversive doctrine that Friedman talks of is in fact his own.

Here’s where the smoke and mirrors come in. As an example, there are some warm and fuzzy conservationist ad campaigns by the world’s largest oil companies. The illusion is discussed here (Chevron Ad Has Lots To Compete Against.).

The ads in this example offer deeply moving appeals which range from the inspiring, ‘The Power of Human Energy,’ to the conservationist, ‘We Live Here Too’, and include claims like, ‘We employ part-time poets,’ and ‘Our geologists shop at Whole Foods and wear Birkenstocks’. It sounds great doesn’t it.

Businessweek’s David Kiley takes away the smoke and mirrors and in the raw and harsh light of reality we see what lies behind.

“Oil companies, make no mistake, are about two things first and last. Finding more oil and pulling it out of the ground and moving it using the cheapest possible methods, and maximizing the investments in drilling rights and refinery capacity. If the environment gets in the way of either goal, the environment pretty much loses. Why else, to cite one example, does the oil industry support a network of oil tankers mostly registered through shell corporations in Liberia, so that when accidents happen, ownership and responsibility is incredibly difficult to assign. And how many oil industry executives have we heard denounce the environmentally catastrophic practice of trying to extract oil from tar-sands.”

This is a blog about tea so let me get to the point. The oil companies have the financial might to attempt to alter the truth. You will surely know that a lie repeated often enough makes even the liar believe that it is so. This was the foundation of Nazi propaganda in WWII and remains the basis on which undeserving leaders – corporate and political – base their survival (Hitler and his spin doctor Joseph Goebbels used the concept of the big lie very effectively).

The tea world’s ‘big lie’ takes a much less dangerous but no less repulsive form than Hitler’s wartime falsehoods.

When tea began to lose its shine with the acquisition of the passionate and quality oriented family tea companies that made tea such an amazing and vibrant category, the new masters of the tea industry discovered that there were limits to how much they could milk the reputation of the former owners of their acquired tea brands. This was in itself an act involving ‘smoke and mirrors’ which would have kindled pride in the heart of any magician. It involved creating the appearance to consumers, that all was as it had been, whilst in fact it was not.

Tea is special because of its natural goodness, the healing and protective properties that are mainly in fresh tea as well as the varied taste experiences that come from that aspect of terroir in tea. All that was sacrificed in the name of ‘cost cutting’ or ‘profit maximisation,’ bringing the tea category to its ‘commoditisation’ stage’. Throughout all this, packaging, brandnames, images of inspiring and passionate founders remained and still remain on the product which has undergone massive transformation.

In a very tangible demonstration of the effectiveness of the big lie, one corporation even sought to convince consumers that the inferior and short cut CTC process for manufacturing tea, was superior to the traditional and vastly better orthodox manner. It worked to an extent, but only due to the magnanimity of the lie and the budget that supported it. Visiting the websites and reading the communications of these corporations suggest that their PR people must suffer from some form of collective amnesia in waxing eloquent about the passion of their founders; these men who have long disassociated themselves from the brands that bear their names, whilst the direction of these brands is so contradictory to what they stood for. This is the smoke that conspires in its task of distortion with the mirrors set up by some corporations..

It works of course and so did the Big Lie, so does the conservationist agenda of the Oil companies. What has suffered in the process though, is the tea category – expertise and commitment, the art in tea – was lost in the name of ‘efficiency’ and ‘cost reduction’. Quality declined, protected by the smoke and mirrors, and as it did, workers in this once great industry and even its own future has come into jeopardy. In spite of the recent increase in tea prices – like almost every other crop – they have in fact declined in real terms over the past three decades. That decline was intensified by the move away from quality but was also not matched in any way by a corresponding decline in consumer prices for those teas. The difference must have ended up somewhere; certainly not with the workers or the ailing industry that grows and produces tea with so much commitment.

That’s not all. Consumers were not too worried about ethics back then when all this started. They are now though, and realising this, there has been a flurry of spin that seeks to bring in a little more smoke and a few extra mirrors.

‘Big Tea’ has sought partnerships with Rainforest Alliance, Fairtrade and all sorts of certification and verification agencies which offer wonderfully comforting logos and pleasingly sentimental PR opportunities. In January this year Unilever President Kevin Havelock addressed the Grocery Manufacturers Association first ‘Environmental Sustainability Summit’. He said, “Sustainable development is deeply embedded into our corporate ethic and is part of our DNA. Not only is our commitment good for business, but it serves as a catalyst to energizing our workforce and as a tool for attracting new employees to our organization,”

He also spoke of Unilever’s recent partnership with the Rainforest Alliance, an international NGO.”As the manufacturer of Lipton Tea and the world’s largest tea company – buying about 12 percent of the world’s entire black tea crop – we are working with the Rainforest Alliance to have all of our tea certified from sustainable sources by 2015. Such actions are expected to transform the global tea industry,” he said.

2015? They have had the brand for over 75 years. Revealingly two of the three benefits of the ‘commitment to sustainability’ that Mr. Havelock referred to were for Unilever – good for business and as a tool for attracting new employees to Unilever. He should possibly have added the reality that sustainability miraculously became a part of their DNA because it pleases customers and is therefore good for sales.

At least Patrick Cescau, Unilever group Chief Executive is a little more transparent when commenting in July this year on the priorities for Unilever in 2008 : competitiveness in the marketplace and consistent top-line growth, sustainable margin improvement, and third to gain market share where ROI is attractive. The only reference to sustainability in that presentation was in context of margin improvement. Maybe someone got the DNA text wrong. Smoke and mirrors.

Perfection in the magicians art however we experienced more recently. A global restaurant chain with whom we had partnered for over a decade in various countries, requested our fairness credentials as part of negotiations for contract review . We demonstrated the use of our revenues to significantly impact upon the underprivileged and offer direct benefit to workers in the tea industry, to the ailing industry itself, and to the wider community. They applauded all we were doing but it transpired that all they wanted was an advertised and recognised logo to legitimise their product amongst ethical consumers. Well, there we failed because we have always kept the MJF Foundation distinct from Dilmah, since it was born not as a marketing strategy but as a business objective.

Ironically we lost the business, to one of our multinational industry colleagues. In seeking to satisfy their customers’ wish to improve the lot of producers, they abandoned Dilmah, an ethical producer owned brand and opted instead for one owned by a trading company, which loudly trumpets its token support for a fair trade organisation. On seeking clarity on the matter – for the selected brand was not genuinely and totally committed even to the relatively modest requirements of fair trade – we were advised that the company was 30% fair, and was gradually becoming fairer. An interesting concept, which underlines the supreme irony in this experience.

To conclude this longer than anticipated post, first thank you for reading – I hope this post will stimulate caution in the face of inadequately supported claims of goodness, or the ‘big lie’. Second, my conclusion – let the smoke and mirrors not fool you. Tea is an amazing herb, and like other crops – it has the potential to lift nations out of poverty – but that depends on empowering the producer, to take control of the most lucrative and profitable part of the chain from plant to the pot. It requires that the distortion caused by well meaning NGOs and fair trade which are incrementally better but not the final solution, is dispelled. It requires that partly, somewhat fair, or soon to be fair brands are recognised for what they are – unfair.

Unfairness in tea is caused not by a lack of money to develop the poor workers but rather by that money going into the wrong pockets – someone dipping their hands into our crop. It is the right of the producer to bring his crop to market. Regardless of the Goebbelesque spin that has been created in tea, cocoa, coffee, cotton etc., that all is well if you buy product with a familar logo on it, we must not be lured away from the only final and genuine solution. 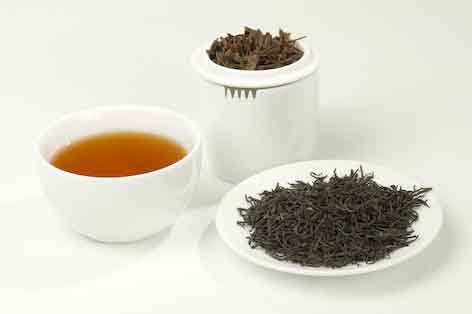 Tea & the problems of mankind

There’s a lot more to tea than tea alone