Trending Now
Photographer Yuriko Nakao’s perspective on Significance
Significant 70th and blessed 90th
It was never normal
A Centre for Hope
Three things to ponder on the 150th Anniversary...
The story of a Bocuse d’Or Sri Lanka...
The Spirit of Christmas
The Soul of the Leaf
The 21st Century ritual of High Tea
Tea Indulgence, the past, present and future
A man walks into a bar and ….
Friendship in a teacup
Natural. Magical. Uva 2011 Seasonal Flush.
The Soul of the Herb
A really great day in Kiran
Peace or the postponement of conflict
Business as a Matter of Human ServiceEthicsUnbelievable Tea Experiences 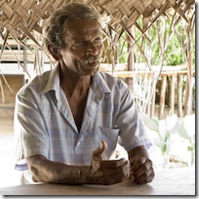 At a time when every politician and bureaucrat is more aware than ever of the plight of marginalized people in less developed countries and the need for fair trading relationships to ease the gulf that exists between rich and poor nations, there is little or nothing that is being done to address the human cost of this awful reality. Over a decade since WTO identified the need for fundamental changes in the global economy nothing has been achieved. A new President in the White House carried with him the hopes of people around the world that change would genuinely happen. Nothing yet and no sign of it in relation to fairer trade. There has to be another way. Lacking empathy, desire or commitment beyond statements of good intentions and beautifully spun PR, the multinational corporations that have larger budgets than some nations are apparently not a part of the solution. That leaves Small and Medium Enterprises.

The hypothesis that for rich to exist there must be poor is no longer the subject of debate but a confirmed reality. The World Resources Institute’s Global Consumption pie chart and its revelation that a billion people in high income countries consumed 80% of the global total whilst leaving only 3% for the 2.3 billion in low income countries has echoes of slavery in a more benign form. This data is from 2004, nearly five years prior to the global economic crisis that is upon us today. The newfound wisdom is that greed is at the root of this disaster. Yet the causes of the crisis are deficiencies in the economic system that have been protected and even developed for decades.

Over twenty years ago, in 1986 ‘Ivan the Terrible’ Boesky was convicted in a massive fraud that was then considered to involve many more Wall Street high rollers. TIME Magazine concluded its cover feature on the affair by quoting a Washington Securities lawyer who commented, “we may well get a whole string of new laws or regulations. Whether they’re fundamental changes, however, depends on whether the public will care enough to push for them.” The scandal quietly moved out of the news. The problem however persisted. Greed it seems is an intrinsic part of the capitalist economic system.

Yet the economic cataclysm that has its epicentre in Wall Street and has sent shock waves around the world, is only the logical progression of a systemic failure that has been evident for centuries. What U.S and European consumers are experiencing today as a result of the ‘leaders’ of their banking and financial services sectors relentlessly pursuing growth and profit at any cost, is an extension of what the developing world has lived through. The inequity portrayed by the Global Consumption pie chart always had a parallel on a smaller, national scale.

In spite of rhetoric that suggests otherwise, that systemic failure is unlikely to change anytime soon. The WTO talks which have over a decade identified many of the constraints to more equitable world trade and resumed expectantly with President Obama’s commitment to free and fair trade, are sinking, wrecked on the same rocky issues that the Bush administration created. In this case it is not greed but self interest, which only goes to reinforce the assertion that Democrat or Republican, the poor exist to make the rich. The rhetoric accompanying this perverse stand sounds good though.

“It must be admitted that the Doha round is on hold and Mr Obama could not move it forward even if he so desired. A principal problem is that its completion turns critically on the US making further reductions in its distorting agricultural subsidies. But the issue has become even more difficult with the collapse of commodity prices and hence increases in support payments. Besides, history shows that the freeing of trade is nearly impossible to achieve in times of macroeconomic crisis. But Mr Obama (unlike Gordon Brown) missed the opportunity, provided by the Group of 20’s affirmation of trade’s importance, to affirm that he attaches the highest priority to closing the Doha round and will work on this urgent task throughout his first year. ….. To understand this paradox, consider that labour union lobbies and their political friends have decided that the ideal defence against competition from the poor countries is to raise their cost of production by forcing their standards up, claiming that competition with countries with lower standards is “unfair”. “Free but fair trade” becomes an exercise in insidious protectionism that few recognise as such.

The truth may be too difficult for policymakers to cope with, or be willing to handle. It is clear unfortunately, from the manner in which the US and Europe are going about addressing the symptoms of economic crisis, that the fundamental and radical change that is needed to realign the global economy on a more sustainable track, will not happen. There appears to be too much at stake politically and too many friends involved. With the funds assigned for bailout themselves being subject to a sanitised form of theft, it should be evident that there is a serious problem at the core of the system. Maybe you and I see too much.

Some others agree. It was labelled extremist, impractical and partisanal but the Dar es Salaam Statement on linking poverty, wealth and ecology in Africa puts the matter in the right perspective.

We have come to the crucial recognition that impoverishment, enrichment and ecological destruction are interlinked. Transatlantic slavery and 500 years of colonialism, had instituted a system of plunder of human and natural resources that enriched colonial powers at the cost of decimating and dehumanising African people. Moreover, the current context of neoliberal economic globalisation, in complicity with patriarchal structures and militarisation, has further undermined African sovereignty, wresting away African people’s communal ownership and control over productive means, natural and biotic resources. In concentrating these resources, especially capital, in the hands of powerful nations, international financial institutions and multinational corporations working in collusion with African elites – the agents of empire – the socio-economic disparities between Africa and rich nations continue to widen at alarming rates. Driven by motives of endless economic expansion and profit maximisation – rather than provisioning for life and care of community and ecology – neoliberal models of wealth creation are threatening the entire web of life.

It will take more than a well meaning US President or a Council of Churches to address all that. And that leaves us with the more traditional private sector – Small and Medium sized Enterprises. In the depressing scenario of the failure of global leaders, economic systems and corporate leaders to address or even seriously consider the issues facing the majority of the world’s poor, it is this sector that remains the most practical and potent force in addressing the inequities of the world economic order.

The effort at addressing global macroeconomic dysfunctionality must continue of course, but meanwhile those lacking food, medicine, education, opportunity need help now. The human cost of the snail’s pace at which WTO is inching forward is enormous. Business – especially third world businesses run by owners that empathise with the suffering of the marginalised – offer the best hope for the poor. That’s not to say that transnational corporations cannot facilitate social change, but lacking the compassion and simple desire to help, they will not.

The principle of business as a matter of human service is a powerful and enormously potent one in this sad reality. The expertise and reach that a business acquires in the course of doing its business, the performance orientation and efficiency dictated by market forces, are what makes this notion so pregnant with potential for less developed nations. Take the example of Koul Ara. Highlighted last year as a model of sustainable development, the project has continued from strength to strength. Last week the foundation was laid for the community of formerly unskilled labourers to sell their designer, eco-friendly and handcrafted creations direct to customers, now gradually casting off the support system devised by Dilmah and the MJF Foundation.

In the case of Koul Ara it was simple business logic, and business methodology that assured its success. Devoid of the politics, self interest, greed and other colouring that aid comes with, business has the potential to transform lives. This is one example and there are many more, the work of Dilmah and others. In the present impasse in introducing fair trade at a global level, and the growing realization that even the most well intentioned leader is susceptible to the evils of the system, perhaps it is business that offers hope of a sustainable future.

BELOW: images of a community transformed by making business a matter of human service 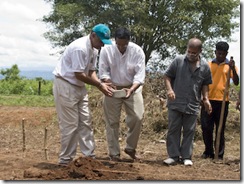 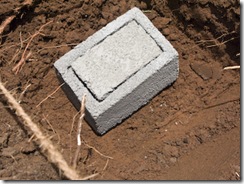 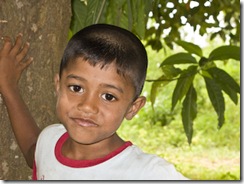 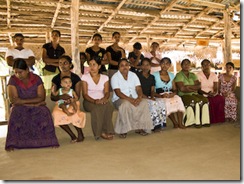 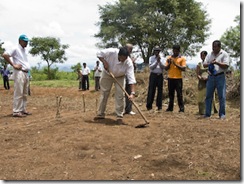 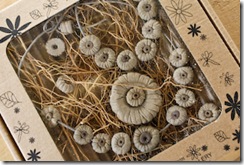 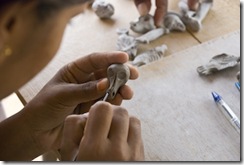 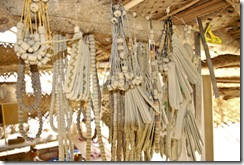 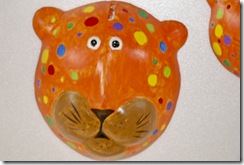 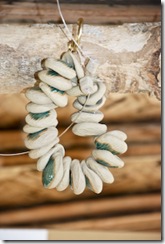 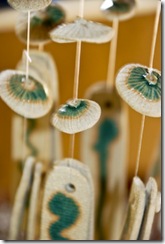 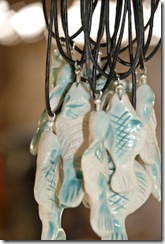 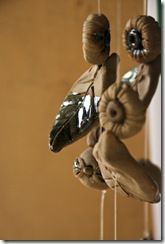 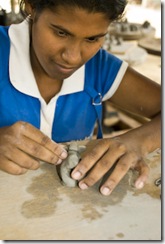 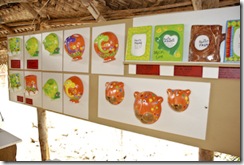 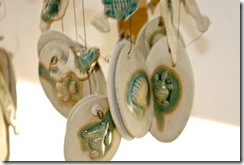 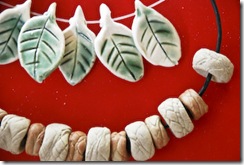 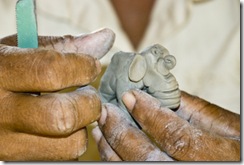 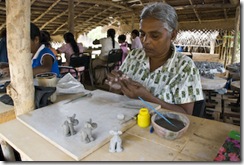 The Teaman’s solution to the global economic crisis