Trending Now
Photographer Yuriko Nakao’s perspective on Significance
Significant 70th and blessed 90th
It was never normal
A Centre for Hope
Three things to ponder on the 150th Anniversary...
The story of a Bocuse d’Or Sri Lanka...
The Spirit of Christmas
The Soul of the Leaf
The 21st Century ritual of High Tea
Tea Indulgence, the past, present and future
A man walks into a bar and ….
Friendship in a teacup
Natural. Magical. Uva 2011 Seasonal Flush.
The Soul of the Herb
A really great day in Kiran
Peace or the postponement of conflict
Facts of TeaTea & Health

The Teaman’s solution to the global economic crisis 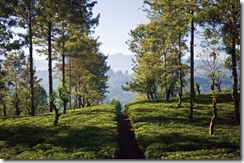 Tea is a perfect beverage to soothe us through these troubled times and yet its 5,000 year history is punctuated more by conflict than calm. The Opium Wars of the 1800s, the ‘Tea Party Rebellions’ in the US in 1773 and their modern day equivalent in 2009, have all given tea an undeservedly dramatic heritage.

In reality it is serenity that defines tea; the story behind your cup of tea begins in the ‘nurseries’ in the mountains of Sri Lanka where like infants, the young tea plants are nurtured and prepared for planting. Several years on, as the plants start producing ‘flush’ – the tender shoots consisting of two leaves and bud – they are harvested by hand in an artistic tradition.

Next, the herb evolves through a manufacturing technique that is centuries old, to be transformed in an unhurried yet exacting way. A gentle and precise transformation which yields, to the appreciative tea drinker, the tranquility of the environment in which tea is grown and the calm that is inspired by the time honoured tradition of tea manufacture. 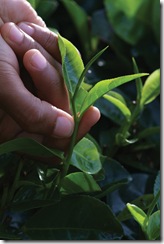 The serenity in tea is not only philosophical and science supports my contention. A University College London study of 75 young adults found that those that drank four or more cups of black tea each day recovered from stress much more rapidly than non tea drinkers. Levels of the stress hormone, cortisol was significantly lower amongst tea drinkers a short while after stressful experiences than the non tea drinkers, suggesting that tea does indeed aid relaxation. And with that relaxation comes reduced risk of chronic illness like coronary heart disease. Since the 1950s an amino acid in tea – L-Theanine – has been known to reduce mental and physical stress, likely improving one’s mood and inducing calm and cognition at the same time.

All this points to the tasteful reality that especially in times of crisis, tea offers a delectable salve to the worries of the world. Bred according to Nature’s gentle yet perfect rhythm, tea is supremely generous in sharing with tea drinkers that same natural gentleness. There is only one instance in which tea can add to our troubles, and that is described by Rudyard Kipling thus,

We had a kettle; we let it leak:

Our repairing made it worse;

We haven’t had any tea for a week …

The bottom is out of the Universe.